During our recent Facebook Live, we were joined by renowned casting director Debbie O'Brien! She has cast incredible theatre productions on the West End and international tours, TV shows, commercials and more. Debbie's focus is casting young performers, and so for this session she was able to share some great tips on how parents can support children, help them succeed, how the licensing process works, how to nail auditions and more.

Established actor and Mandy's USA East Coast Business Development Executive, Collin Meath, hosted this sessions and was able to ask Debbie a wide range of questions, including ones submitted by the Mandy community. Debbie was able to provide a unique insight into how the industry has adapted during the pandemic, as well as some useful advice for every performer. Here are some of Debbie's top tips:

“If you don’t have an agent, the hardest thing is to find out when we are doing auditions. We try to advertise roles as wide as we can. We use social media, our own website, all the breakdown services, like mandy.com as well as sharing with schools and local dance and drama classes.”

“Quite often we are looking for raw talent so the child doesn’t necessarily need to have previous experience.”

“It honestly doesn’t matter to us if the child has an agent or not. If they are right for the role, we will see them.”

“When it comes to training, make sure your child has a broad range of things that they can do and that they are not only focusing on the things that they know they are good at. The more training they do, the more they will be prepared and confident during an audition.”

"Licensing can be daunting especially if you have never done it before. Licensing is done by the Child Education Authority and it’s all done with the best interest of the child at heart. You are going to be asked to provide a passport-sized photograph (which can be digitally these days), a copy of the child’s birth certificate, fill a medical form and get a letter from the child’s school saying that they agree that the child can do the work. The education authority won’t give you a license if the school does not agree to the terms."

We would like to extend a huge thank you to all those who tuned in to our Facebook Live, and to the amazing Debbie O'Brien! Her incredible insight into the industry alongside her tips for helping children succeed are a valuable resource to all child and adult performers. 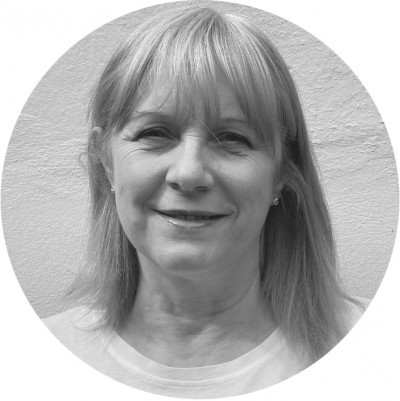 Debbie has a degree in Drama from Hull University and after graduating worked as a Stage Manager in the West End. She was Children’s Administrator on the first London production of Annie, and then after further work on shows in the West End, became Production Assistant for Robert Fox. She was a Casting Assistant to Celestia Fox on several stage shows and the films of Another Country and Little Shop of Horrors. Later she worked in General Management for Maybox Theatres and Turnstyle Group (now ATG), The Theatre of Comedy and The Shaftesbury Theatre in the West End. She was Project Manager for the renovation of The Peacock Theatre and Deputy Project Manager for the Sadler’s Wells rebuild. She has always been involved in casting other projects alongside all these other jobs! Her company deals with West End, UK/International Touring, Regional and Children's Casting and Administration.