How to master your Feature Film Audition

1) So, you've got your first big screen audition - how do you prepare?

Relax. Much easier said than done I know. If you have been sent the material with time to prep then I would say that you should be off book - it's always going to be better. That said, do what you can with the time you have been given. If we have a last-minute role and have only sent material out the day before, I don't expect anyone to be off book.

Come into the room knowing that we want you there and are there to make the experience as positive and enjoyable as possible. Ask questions. Ideally know who you are meeting when coming into the room. I always think some of the best auditions are those where actors are familiar with the kind of (often crazy) work that I do and are down for the process.

And probably don't wear stripes - it always makes me feel like I'm looking at one of those optical illusion puzzles when I'm watching a tape back. Save stripes for the weekend. I love stripes.

2) What are your top tips for nailing a screen audition?

Come in and do the best that you can be. I'm never that keen on someone 'nailing' an audition. For me, it's such an artificial environment. Stale grey walls, a rubbish chair and bad sound to battle against. I like seeing growth in an audition, someone really taking notes well and having a play around with the material, even if it doesn't work. Often, I'll ask actors to do another take without giving notes, just to see what comes up.

3) What have been some of the stand out performances you've experienced in an audition?

We recently had an actress audition for a lead in the second series of The End of the F**king World. After her first scene, I knew she had the job. Her performance was so spot on - it felt as though the role had been written for her. That's always a great feeling. And annoyingly there have been some other stellar performances but for various reasons we haven't been able to cast them (date issues, option issues etc.) but memorable none the less and in my little casting pocket to keep for another day, another project. 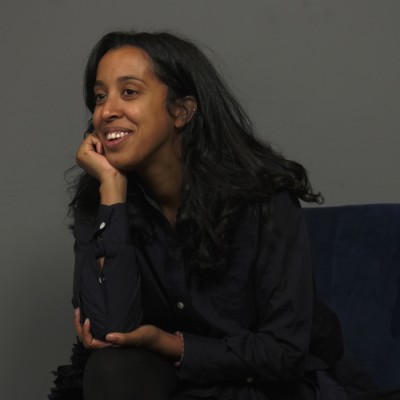 Kharmel Cochrane has worked in casting for over 14 years having started out as an assistant at the age of 18. She then assisted several esteemed Casting Directors over the years before founding her own company in 2011 at the age of 25. Since then, Kharmel has worked on award winning films such as ‘Litling,’ ‘The Witch,’ and the BAFTA award winning short ‘Home.’ Kharmel and her team continue to discover and champion emerging talent whilst firmly flying the flag for Independent Film.

Not a member yet? Join The Mandy Network for FREE today!