Getting The Perfect Showreel

A showreel is probably the most powerful marketing tool you can have. Think about it, a friend may go on about how wonderful an actor is in a movie for months but it's only when you see them move and speak that you can judge for yourself the strength of their performances.

From a casting perspective, setting up auditions is hard work and you can only really see about 25 actors in a day. With showreels you can see a 100 plus, and the fact that you're seeing performances rather than just social chin wagging leads to a more meritorious system where people can be cast primarily for their talent.

So now you're sold. You want a showreel but it all seems very complicated. No it isn't. Let's start at the base line: Do you have material from past films? If yes, then obviously you'd like that work to feature on your showreel, else shoot something from scratch. 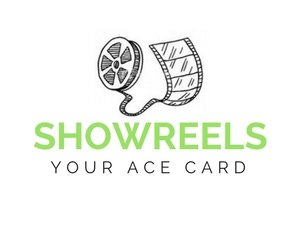 All that's going to happen is that you're going to sit down and review your work. Making notes of your best scenes and using your player's counter to note where they start and end. You'll only want at most 3 clips from any particular production and in total you really don't need more than 14 clips from all of your productions.

Then you're going into an editing suite and these clips are going to be loaded onto a computer and carved down to a pacy and interesting showreel lasting between 3 and 4 minutes. What could be easier?

As regards cost it'll be by the hour, some facilities offer 'all in' prices but then say 'up to x number of hours and then it'll be by the hour' so it's the same thing really. If you can't go above a certain price then tell the editor beforehand, if they're experienced they should be able to keep to it - be aware though that if you'd like them to do that they'll probably need to have quite a free reign on the showreel.

The next most common thing we hear is that the actor's material is very weak and they're waiting for stuff. Again don't worry, until you see just how powerful editing is in the hands of a good editor you won't really appreciate what can be achieved. Low budget and student films are often very badly put together, re-cutting, editing to reduce other characters, adding music can all give even the most uninspiring scene unbelievable muscle. It's a bit like what can be achieved on photos with air brushing and treating - spots, wrinkles all gone! Beautiful tan and alluring eyes guaranteed! Editing is just as powerful.

You just need one good scene- that's it!

If you go to a professional outfit they should keep your showreel so that new credits can be easily added like you do to your CV. It makes an incredible difference once agents can see your moving image so you don't want to delay even a few months only discover the clip you've been waiting for is less than hoped.

If you haven't been on camera or your reel is genuinely a bit below par? That's where the might of 'Shot-from-scratch' comes in.

Scenes are shot and edited exactly as if they are taken out of films and then put together on a showreel.

If you go to a company that can supply you with suitable scripts to choose from, then it should be all very easy and give you a real chance to expand your acting talent. One of the key things is to avoid the temptation of directing yourself. Characters are always three dimensional and interesting under the guidance of a professional, experienced drama director, plus they'll give you an idea of what works and what doesn't as well to shoot on your budget.

The scenes can be integrated with an already existing work, or used as a single scene by itself. This was an overview of showreels and what they're about, without delving much into UK format, USA format, splash montages, attention spans, musical flows, lyrical interaction between credits, establishment of primary character, use of action material, gluing section techniques, use of model style shots, target markets and so on, and on, and on...

There's a lot to it, but concentrate on the points and advice listed above and you'll be well on your way to putting together the most powerful tool in your professional acting arsenal - your showreel. Good luck!