Inside the mind of top Casting Director Emily Tilelli 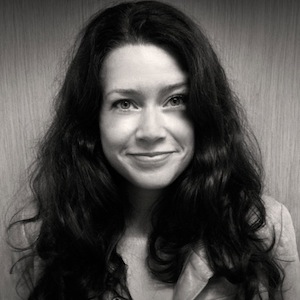 CCP: How important is the first impression in a casting? How can actors make sure they give themselves a head start when they walk into a room?

Emily Tilelli:You get one chance to make a first impression so make it count! More often than not a first impression, that first time an actor walks into the studio determines whether the CD will be wanting to see them again for other projects. The key to making a great first impression is to remember the 3P's and be : Punctual, Prepared and Professional.

CCP: What are the most common mistakes you see actors making? What’s the best way to approach a casting?

Emily Tilelli:Believe it or not it's coming to the casting unprepared ie. not being familiar with the sides, not having read the script and for commercial castings sometimes not even knowing what the product is! The best way to approach a casting is to do the prep work and come into studio relaxed and open minded to whatever the direction is. Never try to second guess what the casting director is thinking. There are times when I've only needed to do one or two takes with an actor and it's not because they gave a terrible audition, it's often because they've nailed it the first time and we don't need to fix what isn't broken. At the end of the day all we can do is our best and final decisions aren't necessarily determined by 'the audition', a whole lot of other factors come into play and I'm meaning things that are completely out of the actors control ie: facial structure, height, chemistry with another artist etc, etc, etc.

CCP: As our members know audition tips are only good if you can get yourself into one. What do you look out for when going through applications? What does a headshot need to do? How much time do you spend on a showreel and what do you want to see from it?

Emily Tilelli:There are times when I might have to look through hundreds of headshots to find only 10 artists who I can see for the audition. So you can see how important a good headshot is. A headshot should be either B&W or colour (these days colour photos are becoming more and more popular) and we must be able to see the entirety of the artist's face giving a fairly neutral, relaxed expression. Profile shots, creative shots where only part of the artist's face can be seen and photos that are airbrushed beyond reason are no good! A headshot should also be a representation of what you look like at the time of the casting, not of how you looked 10 years ago! When it comes to showreels I prefer not to have to scroll through a montage. A montage tells me nothing of the artist's ability. I will always skip them completely to get to a point where I can watch an artist delivering dialogue, contributing to a scene and then make more of an educated decision as to whether that actor is right for that particular role/project.

CCP: Self-taping is a relatively new addition to the industry, but getting more and more popular. We speak to actors every day who are not quite sure how to go on about it, how relevant the quality is, and what to pay special attention to. What’s your advice?

Emily Tilelli:When self taping, quality is very important. We're not expecting visual effects, even titles but the audio should be strong and the visual clear. 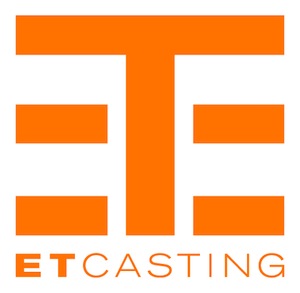 CCP: Let's switch from actors to casting directors: can you tell us how you got into casting? What would you recommend for anyone looking to get into this part of the industry?

Emily Tilelli:My first ever full time job (at the age of 19) was as a receptionist for a casting consultancy in Sydney. Within 3 months I was promoted to casting assistant where I worked on feature films and commercials. Then after 2 years of booking in casting sessions, operating camera and running smaller sessions on my own, I joined a great Casting Director (Kirsty McGregor) where I became a partner and had a successful agency for 7 years. When I relocated to London in 2007 I started out as a freelancer, working with some of the UK's top CDs and in 2011 set up ET Casting. It's been quite a journey! In my opinion being a CD is the greatest job in the world but then I would say that! If you're interested in casting perhaps offer your services as a reader so that you can spend some time in studio seeing how it all works and maybe contact CDs in case they're looking for an intern, an assistant or are just happy to give you some work experience. Some CDs do look for part time helpers when everything gets busy too.

CCP: What is it like on the other side - can you walk us through a typical casting process from your point of view?

Emily Tilelli: Well let's talk commercial casting. I get the brief for a project and more often than not these days I'm simply told what fees the agency have attributed for the actors (we used to always quote on actors rates but this is quickly becoming a process of the past) and I then speak with the director to make sure I understand exactly what he/she's looking for and that we're on the same page. I then put out a brief out to all the UK agents and a lot of the time the freelancers too. Freelancers and agents then make submissions and I look at all of the head shots and showreels to choose my 10 or so artists who I will audition and put in front of the director. We then book in all the artists we wish to see for the casting and get the times, locations and scripts/materials to everyone. The day of the casting arrives and we do our best to stick to the schedule we've created and try to direct the actors well enough so that they can give us their best performances and have the best possible shot at being cast in the role. The director then watches the casting and usually chooses 2 or 3 artists of that 10 to present to the ad agency and client. The client usually then has the final decision to make with a little steering from the director and I then confirm those artists who have been cast and release those who have missed out. Clear as mud?!

CCP: What are the big differences between a film casting and a commercial one? Should actors approach them differently in terms of preparation? How is the process different for you?

Emily Tilelli: The main difference for me is the turnaround time. A commercial can be briefed and cast all within a 48hr period (it almost kills us but it can be done) whereas a film will take months. Usually for a film we will need to find at least one artist with some profile to give the film a better shot of being funded or picked up for distribution. This can take weeks of list making and pinging ideas back and forth with the director and then once we've made an offer to an A-Lister, we wait for the agent and the artist to read it and eventually give us an answer!! Already the process is taking an age! Then while for a commercial we might allow 10 minutes for each artist we see in studio, for a film we'll have so much scene work to get through that usually we'll allow a minimum of 30 minutes per artist. We could never cast an entire film in a day whereas with commercials, we cast umpteen roles in a day all the time.

CCP: How much of a casting director’s job is keeping track of a wide variety of actors? Do you actively seek out new faces? If you see someone who is impressive but not right for the role, do you make sure to remember them?

Emily Tilelli: It's absolutely my job to constantly be seeing new actors, whether it's by bringing artists in who I don't know for castings, going to the theatre, watching British television, films…….you name it, I'm most probably watching it. At the end of the day I can't be and don't want to be bringing in the same artists for every project. I'd get bored, my clients would get bored and finding someone new is one of the best parts of my job! I have a freaky ability to remember everyone!!!!!!

Emily Tilelli:Relax and lose the nerves, you've been chosen over hundreds of others to be seen! You're there because we want you to be there and we want you to do your best!

Left wanting more? The next CAST ME seminar by ET Casting will be held on Thursday 18th July 2013 at 3pm and Saturday 17th August at 10.30am in Marylebone, London. More info here.