How to find an agent

It's not obligatory to get an agent, but it is advisable. Agents are the conduit between directors, casting directors and the actor. Trusted agents with an established reputation can act as a filter for casting directors, making their life that bit easier by putting forward people whom they deem to be the right match for the project. Indeed, some casting directors will only work through agents. 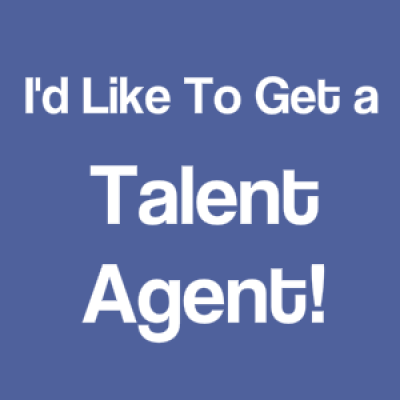 What does an agent do?

The agent is there to raise your profile, to use their contacts and to keep both ears to the ground to maximise the number of opportunities in which you might be interested, for which you are suitable and might be considered. They're privy to details of opportunities that are generally kept out of the public realm - either by working directly with casting directors or through script breakdown services released only to agents and casting directors. Basically, they're there to put you forward for castings and get you work!

There should be no joining fee for signing-up with an agency, be wary of those who try to get you to part with any money up front. Many agents work on a sole representation basis - i.e. you're represented only by that one agent. Any work you get (whether through the agent or your own networking and contacts) will be subject to commission, which varies from agency to agency but is usually between 10 - 20%. No matter how much you resent seeing a slice of your earnings being given over to the IR and a further slice to your agent, especially if it's acting work you've got through your own efforts rather than via the agent, don't try to hoodwink your agent by withholding details of acting work to avoid commission - you're treading a rocky road that's likely to lead to the break-up of the partnership! And agents are human, they talk. And agents know other agents...

The other important role of an agent is to negotiate fees on your behalf. Your agent should know the market rate for a particular production and role and the business of reaching an agreed fee is (or should be) their area of expertise. They will also be responsible for the contract itself. Not only will they be working on your behalf to get you the best deal (and their own, because of course they are dependent on the commission they make for their own living), they will be saving you from having to go through the often tricky nitty-gritty of fees and contracts, freeing you to concentrate on your main job in hand - the actual acting.

How do I get an agent?

In the first instance, choose which agencies to approach. You'll be able to ask fellow actors (and teachers if you have attended a drama course) for recommendations and tips; 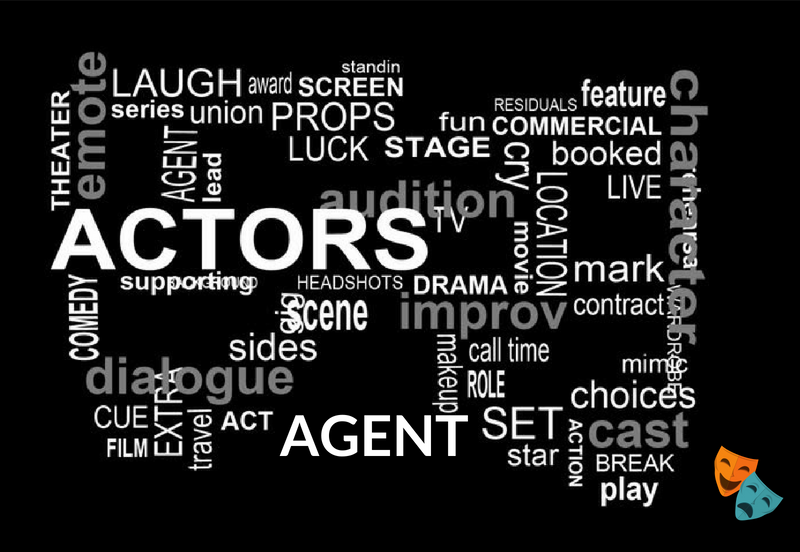 check websites; view agency websites (see if they are open to new clients or if their lists are closed) and utilise all the resources at your disposal (there are plenty of them - see the Directories section, with particular reference to websites & publications). Agencies vary from the very large such as ICM with hundreds of (often prestigious) clients, to the much smaller agencies with a staff of only one or two and a client list of perhaps a few dozen.

Once you've drawn up your target short list write to them with a covering letter, your CV and a professional headshot. It's helpful, though more time-consuming, to tailor your approach to individual agents.

Let the agents know where you're performing and if you're in a showcase. Due to the sheer volume of interest they receive from prospective clients - and their responsibility to their existing clients - agents can't see every production, so be patient and don't be put off either by a standard 'our lists are full' reply. There is a limit on the number of actors an agent can take on and represent professionally. For this reason they are be careful about whom they represent and will be looking for actors whom they believe show potential and will be successful. Depending on their existing client list, they may feel they have reached capacity in certain areas (e.g. age, look etc.), though most agents would be willing to take on that extra client if they feel they have exceptional talent.

An agent may respond by saying that you look interesting but not at that particular time (for a variety of reasons), but to keep in touch. This is sound advice; you can send and updated CV and headshot every now and then to keep you on their radar, making sure not to badger them to the point of irritation!

Keep sending out the letters and working your contacts. It can be dispiriting but if you're deterred by this initial rejection you have a long road ahead of you when it comes to casting auditions! Representation and roles may not come immediately but that's not to say it won't happen. Your watchwords should be self-belief and perseverance.

Find an agent for your representation from our list of acting agents.

The relationship between an agent and an actor is vital to the ongoing success of the partnership. Dialogue is the key to a good working relationship with your agent. A good agent will let you know what they're putting you forward for and may also be able to offer you advice and give you feedback from the casting director. Equally, you should let an agent know how a casting went. The more feedback you can give them, the better.

There will be, unless you're very lucky, periods of unemployment during which you may be tearing your hair out. It's natural to wonder if your agent is doing all they can for you and to question your representation. Remember, though, that this is the nature of the industry you've chosen. Agents can sing your praises and get you the foot in the door but after that it's up to you. The truth is that many, many actors may be put forward and considered for a role but the part will be given to only one actor. That you don't get a part is not the fault of your agent. If you feel you're simply not being put forward for things and are, effectively lying dormant on your agent's books then it's a good idea to raise them with your agent. In many cases your concerns will be addresses and allayed. (It's not in an agent's interests not to be actively promoting you - an out of work actor brings no revenue!). In some cases there may be a parting of the waves, mutual or otherwise, and you choose to seek new representation. Where you can, try and part on good terms and leave the door open. The acting profession is swift-moving and you'll run into the same people time and time again, so it makes good sense to try to keep people on good side and maintain amicable relations.

The relationship between an agent and their actors is a two-way street. The agent's reputation depends not just on their negotiating skills and rapport with casting directors, but also their clients. You are representing them and so should be professional, avoiding behaviour and situations that may reflect badly on the agent.

Your agent is a vital part of your ongoing efforts to get work - that doesn't mean you should cease marketing yourself: sending out those letters, networking, checking websites and publications for castings. It's to your advantage to market yourself as best you can and to keep plugging away. The agent isn't your sole route to work.

A co-operative agency is one run by actors themselves: a group of actors (usually twenty or so) working together to represent each other. Work such as answering the phone, administering the office and working contacts will be undertaken on a rota basis. Many co-operative agencies will charge commission at the lower end of the scale (closer to 10% than 20%), which can be attractive to an actor. While they can and do work, co-operative agencies don't always carry the same clout with casting directors as the more traditional agencies.

Feeling charged up? Check out our latest acting auditions. Visit our forums, join the conversation and get some valuable inputs on finding agents from your fellow Mandy members.