Making an unforgettable impression however, the kind that makes your career go boom (like a rocket, not a bomb...), now that takes practice.

You see, Networking is a horrible buzzword that will really ruin your mind. It's not something you switch on when you see some superstar choreographer. If you do they will smell the sleaze a mile off. How about conversation, interaction or, dare I say it, friendship! It's not just about knowing what to say and how to stand.

So how do you quash that horrible networking bug making you smell fouler than tap dancers tights and instead draw people back to you like a magnet?

Your mission, should you choose to accept it, is to go and have some really, really nice food!

Ever go to your favourite restaurant, one of those smaller ones where the owner greets you at the door like a friend he hasn't seen in years and he treats you like absolute royalty? Next time you go back there he remembers your name and asks you about how that audition went (he remembers from last time). Wouldn't we all love more places like that?

This is pure genius, take it with you to every conversation you have with people, new friends, old friends, business relationships.

When you're meeting people for the first time, or even meeting them again, imagine a big sign around everybody's neck that says;

Then treat them like they are the most special people in the room. Make it your business to make them feel like you really care about how they all are, what they are up to, what is exciting them right now. If you're at a party act like the host would, introducing people around and connecting people who you think share common interests. Pay attention to what they are saying, listen and react. Don't be constantly scanning over their shoulder to see if there is someone more important you should be talking to.

But imagining a goofy sign around someone’s neck isn't exactly going to get you any jobs on its own now is it. As much as you would like to avoid it, at some point you're going to have to actually say something.

You've been leaning on the bar, dribbling your g&t now for what seems like forever, staring at the little booth in the corner where he and his 2 friends are in animated discussion and you keep playing scenarios over and over in your head that always end with you tripping on your way to introduce yourself and spilling what’s left of your g&t over his head, ruining whatever little chance you had of walking out of here with a job. Instead you decide, sod it, if I leave now I'll catch the last tube, and retain whatever's left of my dignity.

Hold your horses Harry; let me tell you a little secret...

93% of people self-identify as shy. Almost all of us would rather perform naked in front of 1000 pairs of eyes than walk into a room of strangers and have to strike up conversation. It’s totally natural and you're not alone. In fact the person you are trying to meet would probably feel exactly the same if they were in your shoes.

The most important thing to remember is that even if you forget everything I am about to say and make a complete bags of a first impression, as long as you aren't hostile or obnoxious, it really doesn't matter that much!

No career was really ever made through one conversation, as much as the X-Factor producers would like you to believe. In reality, the worst thing that could happen is that the person never remembers you.

Sure it would be great to really click with this person and bond over a few glasses of vino, but all of the negative self talk that is holding you back from going over there and saying hi is doing worse for your career than any bad introduction ever could.

Messing it up and completely making an arse of yourself, that's not failure. Failure would be sticking yourself to that bar holding that g&t like a shield and never introducing yourself to anyone!

Only practice is going to make this one get easier. The more you practice introducing yourself to strangers the easier it will get. Try it with people you meet on the street, at the bus stop, on the tube. Then when you are presented with an opportunity to connect with someone new it won't seem like such a daunting task. Once you've crashed and burned a few (hundred) times you'll realise how little it really matters.

Barf!! Pick-up Lines have been pondered for decades. You've probably joked around with your mates using them at some point but if starting a meaningful conversation was ever as easy as one magical sentence then we'd all be dating Supermodels!

So if pick-up lines don't actually work then what can we learn from the science of attraction that can be applied to everyday life and business.

Studies have shown that the simplest and most effective opening line when introducing yourself to someone new is actually, simply, a smile and "Hi". If you want to get fancy, why not try something daring like adding your name in there too - "Hi, I'm Jason".

But sometimes our networking efforts demand something a little more formal (or informal) so here are some tips for the perfect ice-breaker.

If you have met before don't ever expect them to remember you, be kind and say "Hi Stephan, nice to see you again. We met for your casting last month, my name is Jason Broderick." If they remember, great, if not give them a break.

Casting Directors can see up to 100 people a day for shows, cut them some slack and they will be more open to re-connecting with you.

I also sometimes like opinion openers based on my opinion of something about the person like "Oh I love that suit, where is it from?" but you have to be careful with these and pick something carefully like a scarf, tie or shoes - avoid dress, lipstick, cologne etc. as these could come off as com-ons.

Carrying On The Conversation

So, you've bit the bullet, approached and opened the conversation, hopefully without the crash and burn. You're 5 minutes in, all the pleasantries out of the way, you think it’s going great when suddenly conversation starts to dry up. You run out of things to say and then you hear the inevitable...

So what happened? You thought you were doing so well. Where did it all go wrong?

So much opportunity there but this is where you shot the conversation in the foot and left it to limp to a miserable death down a Soho side street.

So what's the secret then? What do you need to ask instead to keep the banter booming?

"Well, I'm an Actor first and foremost but I also have my own Web Development business. Besides the financial freedom, it gives me a great perspective on the business side of performing, having been to drama school. Doing promo work all day every day was a killer on my writing."

Now you have lots of topics this person could pick up on or circle back to;

You get the idea. You hinted at lots of interesting things but didn't quite pull back the curtain, its human nature to want to know what’s behind door number 3. You now get the opportunity to reveal your values to people without intimidating them by oversharing in the first few minutes of conversation, because they have ASKED you to elaborate.

So you've engaged in some rousing banter, bonded over your mutual adoration of all things Angela Lansbury and you've even surprised yourself by keeping this conversation flowing.

Quick, before it's too late, put a button on the end of it and leave your new buddy wanting more. Nothing is sure to ruin a first impression more than an eggy exit - or worse - no exit at all.

You've seen all the signs before; the silence starts to creep back in, the shifty eyes, the feeling that your compatriot is searching for the next fish to fry but you really don't want to seem rude by excusing yourself like it was you that wanted to be anywhere but there.

Summarise the conversation to show you were really paying attention then... interrupt yourself, rather than them, by demonstrating respect for their time, like this;

"Marc, it's been great hearing your perspective on being behind the casting table. That story about the girl with the polka dot dress was hilarious. I'm going to let you get back to your drink, lovely to meet you."

Add a firm but not bone-crushing handshake and you're good to go. If you want to be a real networking ninja you can add...

"Let me give you my card, if you ever want my two cents on your production companies website I'd be delighted to lend my ear."

What this is actually saying is that you want THEIR card but you are offering something in return, actually two things, to make them feel more comfortable. Phrasing it this way allows them to avoid the awkward moment if they don't want to give you their card. They can easily just say thanks and chuck yours in the bin once your gone, but if you've followed the game plan that we've been talking about then you will have demonstrated enough trustworthiness that they will know you are unlikely to abuse their contact details.

* Say “Hi” to one random person in the street every day, start to practice approaching with no fear.

* Check out this page for an exhaustive list of great opening lines. Pick one INDIRECT opener that you like and open a conversation with it with a stranger once a week. Once you’ve gotten comfortable with that one find another one.

* Write down better answers to some of the most cliché questions like, where are you from, what do you do, where did you train. Weave these answers with multiple threads like the example above. Practice delivering these the next time someone asks you those questions. 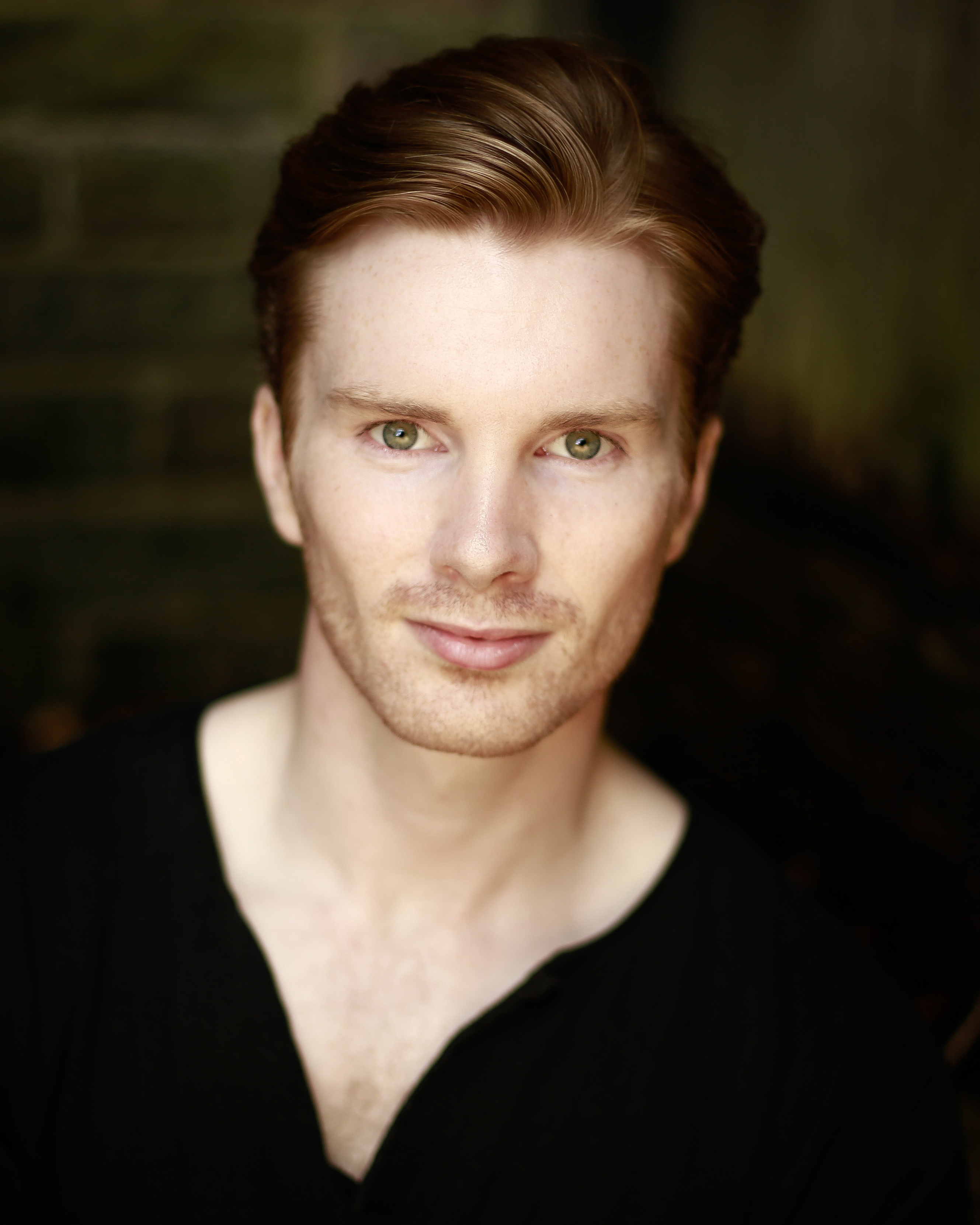 Jason Broderick is an actor and author of the performers blog, "Waiting For The Call". He writes about the business of show business and helps performers discover what they should have learned while training.