Book the job: Audition tips from a Casting Director

Over the years I have been lucky to see some great performances in the casting studio. Sometimes I feel that the actors do some of their best work in the studio and I'm disappointed when I see the finished ad which has none of the fire and untamed restrictions that the casting studio affords.

I remember one occasion (sadly can't remember the actors name) but after seeing maybe 15 -20 actors all playing the part pretty well, and as per the script, this guy came in and bought a burst of creativity that was like watching wild mercury in action. I don’t how he did it or exactly what he done but it was more alive than anything that was written on the page and felt as if Marlon Brando had come into the room to cast for a commercial. Naturally he didn’t get the job, way too good!

That’s a hard one because at the end of the day, especially as these days the client seems to have 80% of the power to decide who they wish to represent their brand, rather than the director or production company. So, the only advice I could give is come in prepared, i.e. be off page with the script and dressing for the part is always good as it helps to give your character a skin that you can wrap around you. If you have a chance for a second go (A good casting director should always give actors at least two passes at a script) then try and think of a new way to present it rather than doing an identical take. They have already seen you do one way so give them a twist, something that that they may not have seen, it may not be exactly the ‘right’ way but it will show that you can think around the script and shows that you are flexible to deal with new direction if needs be.

3) Top tips for getting on with life and not waiting for the phone to ring!

Wow if I knew that I would be doing it myself! But I think you should have something to do that has nothing to do with acting. I, for instance, run a mid-century antique stall at markets around the country, it’s a hobby that also supplies me with a little extra income and is good for the mental state of one’s head. It may also be something that you might wish to follow when acting work becomes harder to find and you start to think about other things to do. I guess we all have to deal with no work or leads of work in the best way we can. 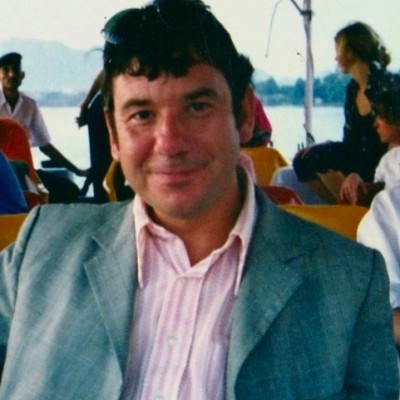 Wayne Waterson has been casting commercials for over 20 years. After graduating film school, he started out street casting and doing research for production companies. He has cast many award-winning commercials working with some of the best directors from around the world. He still loves his job, meeting new young talented actors and weirdly still gets butterflies before each new casting session.

Nominated for: Best Casting of a Charity Commercial.

Not a member yet? Join The Mandy Network today!